The Predecessor History of Jeep Wrangler

Views : 356
Update time : 2020-06-05 14:22:58
All about the Jeeps
The Jeep brand is enjoying success that few automakers could hope to rival. In 2014, Jeep sold 1 million units; just four years later, that nearly doubled to around 1.9 million. Part of that success can be attributed to the brand - the Jeep name has long been synonymous with fun, cool, and capable off-road vehicles that are both impressive on the road and comfortable. The versatile Jeep is an original American brand steeped in history, and after nearly 80 years since the Army studied the world's first Jeep prototype, the brand is surrounded by folklore, legend, myth, and mystery.

The Jeep was built for war - Literally
The United States was not yet at war in 1940, but was preparing to enter a global conflict that had engulfed much of Europe, Asia, and Africa. The military needed a strong and capable but agile multipurpose reconnaissance vehicle that could handle the rigors of war and make the United States Armed Forces the fastest and most mobile combat force in the world. He solicited bids from 135 automakers, but only three - Bantam, Willy’s-Overland, and Ford - were able to build prototypes to exact standards and the Army's strict schedule. It was the Willy's-Overland Quad that most impressed the generals, and by the time the Quad prototype was modified to become Willy's MB in 1941, Pearl Harbor had forced the United States to be part of World War II and the Jeep was on its way to becoming a GI favorite everywhere.

The name 'Jeep' is a mystery
The three original prototypes submitted to the army collectively became known as "jeeps" with a lowercase j, but the true genesis of the name has been lost in time. There are countless urban legends, none of which is credible or confirmable. The most likely story is that the Army abbreviation for vehicles classified as "general purposes" or "government purposes" is "GP," which could have been colloquially pronounced as "jeep."

A Jeep won a Purple Heart
A Jeep nicknamed "Old Faithful" served four Generals of the Marine Corps through the battle of the Guadalcanal campaign and the invasion of Bougainville. During world war II. Old Faithful, the first vehicle to be decorated, received the Purple Heart for "wounds" received in battle - two shrapnel holes in its windshield. He reportedly disappeared from the Marine Corps Museum and was lost to history. 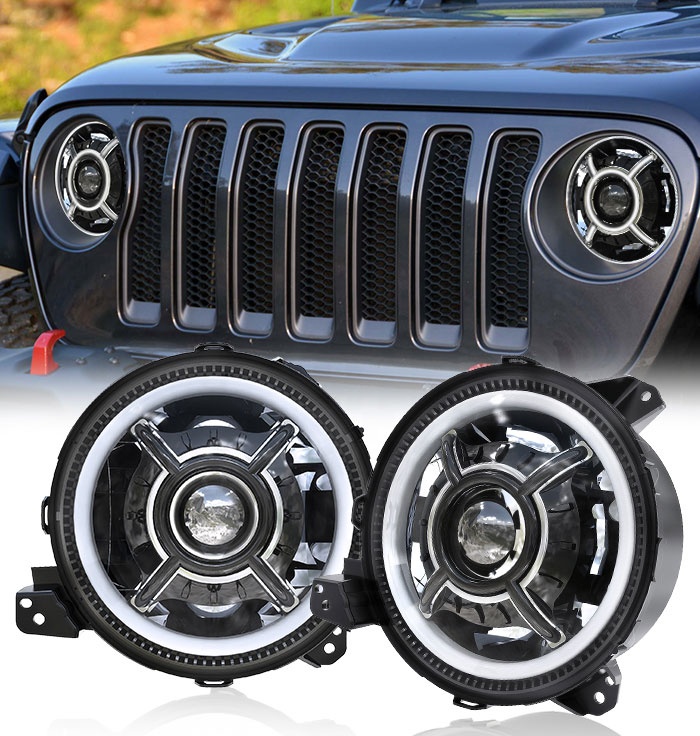