Views : 82
Update time : 2020-09-04 15:38:17
A document from the firm's US dealer network has revealed the composition and prices of two new editions of the pick-up variant of the Jeep Wrangler, the new Jeep Gladiator Willys and Gladiator 80th Anniversary Edition, which will be available during 2020.

The Jeep Gladiator is about to release two new editions in the US market, the new Jeep Gladiator Willys Edition and Gladiator 80th Anniversary Edition. Two versions that will be marketed as an optional aesthetic package and that have a configuration of specific finishes and equipment.

These new editions of the Gladiator have been uncovered thanks to the leak in a forum of a graphic, which you can see under these same lines, in which the first images of both versions and all their characteristics appear, in addition to their prices in the US market. The Gladiator uses 9 inch Jeep Wrangler led headlights as well. We do not know at this time if these packages will be available outside of North America. 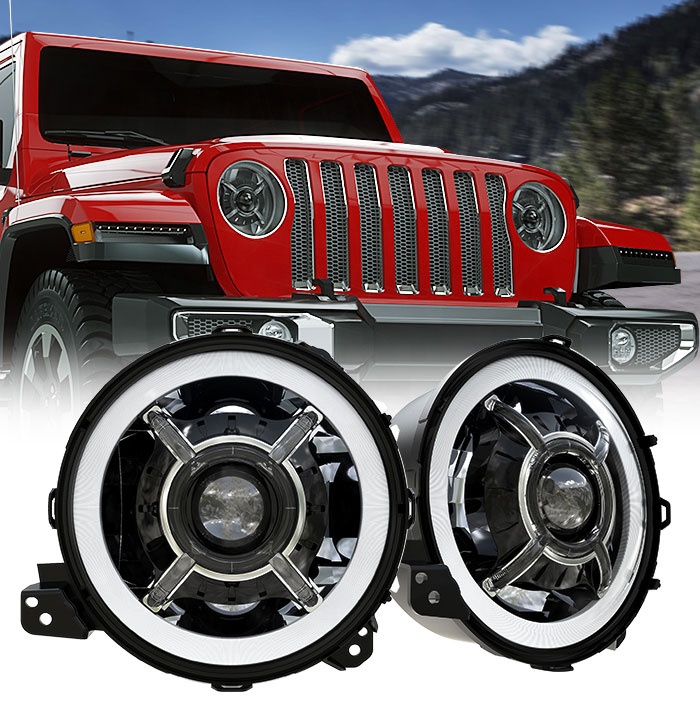 In the case of the new Jeep Gladiator Willys Edition we find a completely black grill with the bumper of the Overland version. It also features black wheels and various exterior accessories, modified suspension system with Heavy Duty shocks and the optional Trac-Lok limited-slip differential. This edition also includes the Convenience Group and Technology packages.

In the case of the new Jeep Gladiator 80th Anniversary Edition we find wheel arches in the same body color and exterior elements in gray. This version mounts 18-inch wheels with off-road tires and has specific graphics at various points on the vehicle. Inside we find the infotainment system with the option of an 8.4-inch screen, Premium audio system and remote start system.

The Jeep Gladiator Willys Edition will be available in two trim levels, Willys Sport and Willys, starting at $ 35,245 and according to the source of this leak, the brand's dealers are already collecting orders for this version. In contrast, the Jeep Gladiator 80th Anniversary Edition will not be available until the end of the year and will be priced at $ 41,740.
Previous : Trolls Ford with Latest Jeep Wrangler PHEV Teaser Next : New 2018 Jeep Wrangler
Morsun Brand
Categories
Information
Contact Us
Morsun 2012-2020 © All Rights Reserved.    POWERED BY UEESHOP
Email to Us Chat on Whatsapp
Chat on Wechat
Leave a message
Morsun Technology is one of the leading manufacturers of Jeep Wrangler led headlights in China.