During January 2019, Four Wheeler magazine ventured to Southern California with five powerful 4x4 SUVs to pick the best of the year for the 46th time. The Jeep Wrangler could not be missing.

The judges, experienced off-road drivers, drove the vehicles for five full days, only stopping to eat and sleep. These 9 inch Jeep jl headlights are compatiable for Jeep Wrangler jl 2018 and Gladiator 2020. They began by testing the Ramp Displacement Index (RTI), charged with measuring how flexible the suspension is; Subsequently, the off-road trucks were taken to the Autoclub Dragway in Fontana, California, to have their acceleration and braking measured using a GPS device. 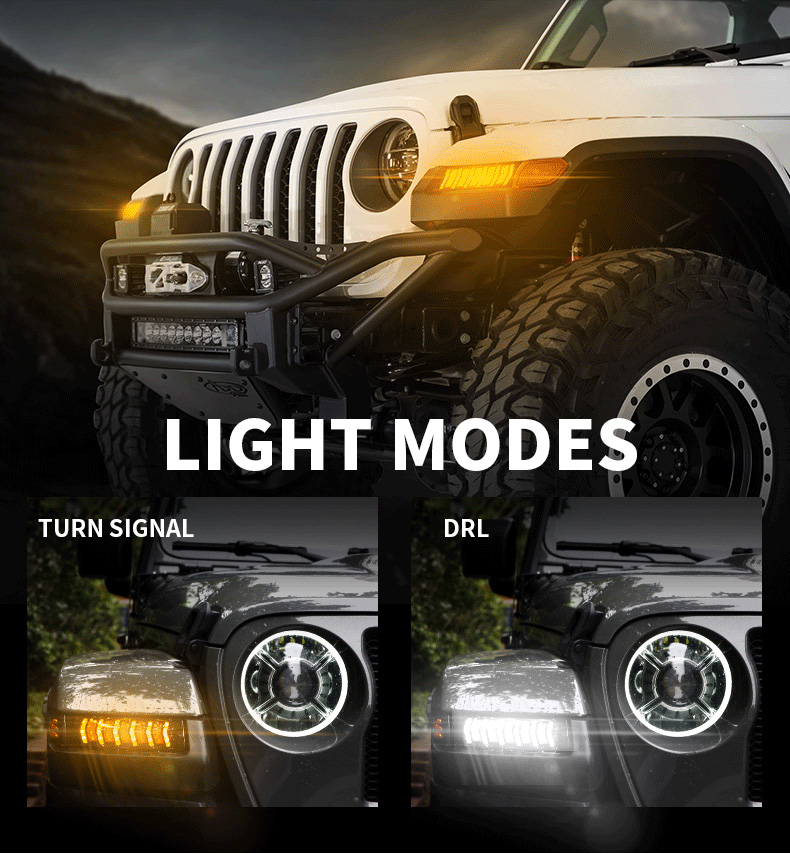 After this, the jurors drove into the mountains, where they would spend the next three days doing all kinds of tests on the road and on the most difficult terrain.

From straight and curvy highways to steep and slippery slopes, dunes, mud, dirt, rocky roads, streams, and even snow! The 4x4 trucks ran through all kinds of terrain non-stop as the judges noted their strengths and evaluated them in four different categories: trail performance, pavement, handling, and interior and exterior appearance.

After testing, the Jeep Wrangler Rubicon was crowned the best SUV 2019. Asked which 4x4 they would choose regardless of score or price, they agreed: The Jeep Wrangler was unmatched.

Another version mentions that two bars were removed to honor all Willys MB fallen in combat, as they were vehicles much loved by all who used them and there was even a decorated jeep.
Previous : Jeep May be Unveiling A Bigger and Different New Wrangler Next : Things that You Will Understand Only If You Are Jeepero
Morsun Brand
Categories
Information
Contact Us
Morsun 2012-2020 © All Rights Reserved.    POWERED BY UEESHOP
Email to Us Chat on Whatsapp
Chat on Wechat
Leave a message
Morsun Technology is one of the leading manufacturers of Jeep Wrangler led headlights in China.
More languages: Jeep Wrangler faros led | phares à led Jeep Wrangler | Jeep Wrangler führte Scheinwerfer | الصمام المصابيح الأمامية جيب رانجلر | Jeep Wrangler вёў фары | Faróis led Jeep Wrangler | Lampu depan Jeep Wrangler led