Views : 154
Update time : 2021-03-24 17:14:12
If only a few days ago we showed you the new rear lights of the 2018 Jeep Wrangler, a design much more evolved than the current ones and based on the rear optics of the Renegade, today we have stumbled upon a new test unit that has a new one variant of this element, which has a simpler appearance and is very similar to the current generation of the model.

Our photographers have managed to capture another camouflaged specimen of the Wrangler that has simpler optics, clearly differentiated from those seen a few days ago. These have simpler and flatter shapes, and the interior elements are divided identically to those of the model that we can still find in the brand's dealerships. From what we can see, either we will find two options of optics, being the redesigned ones for the higher-end versions or the example of the photographs is using a set of provisional optics, taken from the current model. 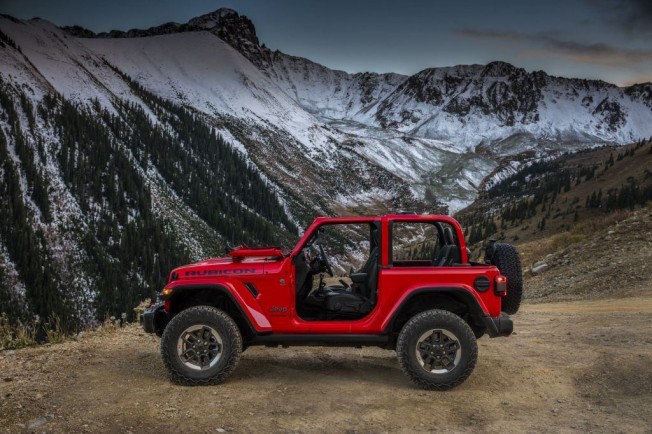 In the image gallery we can find the Wrangler Rubicon Unlimited soft-top version, the variant of the canvas drop-top version of the 5-door Unlimited version. This Jeep Wrangler body has been the most photographed variant during the development of the model, which is now nearing completion. It wasn't until recently that we got a glimpse of the two-door version. This version uses Jeep jl 9 inch headlights for stock lights.

This new generation will be a considerable step up from the outgoing model. Although the style of the model will remain unchanged with respect to its classic aesthetics, the evolutionary leap on the technological plane will be remarkable.

The new Wrangler will have a lighter frame in which aluminum will be present and the mechanical range will be improved with the incorporation of new supercharged 4-cylinder engines and new die-sel options. Thanks to an early filtration we have been able to know the complete composition of the mechanical section, which will have a 3.0-liter V6 Pentastar as the highest version.